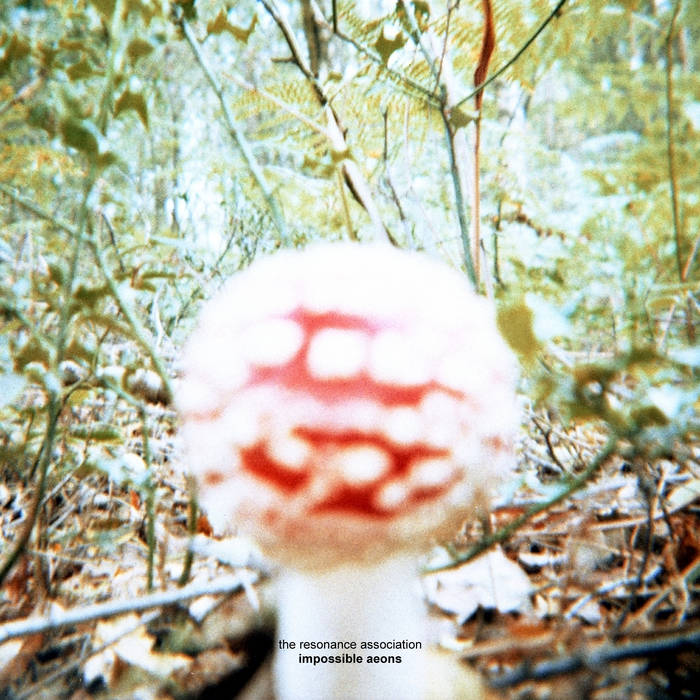 Last month The Resonance Association released a free download of "Face The Eschaton", from their forthcoming fourth album "Heliopause".

Now we're listening to "Impossible Aeons", a predominantly electronic album which the band seems to have snuck out under the radar over the weekend.

Talk of heading in a more electronic direction has always made up a fair proportion of any conversation with the duo of Daniel Vincent and Dominic Hemy. However, an entire album which replaces guitar solos with audio trickery and drums and bass with - well - drum'n'bass - was not what anyone would have been expecting.

The album consists of 6 tracks, the first and last of which appear to originate from a common set of source material. The 2nd track, "Astral Attack", is the first of a pair which still feature prominent guitar work. In this case, it's a storming combination of trance electronica and soulful guitar - sounding a bit like the Orb vs Gilmour collaboration we had all hoped for (unlike the one we actually got).

"Age Of Dust" starts off with a mighty wobbly bass-line, sounding very much like recording in the "capital of dubstep" is beginning to rub off. Some heavily treated samples take us on a trip, and finally somewhere a guitar - maybe - delivers a weaving melody.

"Pieces On The Board" continues on the modern electronic dub route; intriguingly, this track has mixing credited to "Heliopause" collaborator Mark Strange. For those concerned regarding the lack of guitars on this album, there are plenty on offer here.

The penultimate track "Light Years" is yet another curveball to add to the band's arsenal: a mutant disco number packed with vocal trickery and twisted electronics.

The band have always spoken about their influences openly, but "Impossible Aeons" is a different aspect of homage to those artists: fans of legendarily esoteric outfits such as The Shamen and Coil will certainly rejoice in this record, as well as those who wonder how modern electronic music is influencing the progressive scene.

Releasing "Impossible Aeons" as a pay-what-you-like download certainly raises the question: if this is something the band has "knocked out" in their spare time (and it certainly sounds like they've spent some considerable time perfecting this release), how long will we have to wait for "Heliopause"? Hopefully not "aeons"!

Written and performed by The Resonance Association: Daniel Vincent and Dominic Hemy.

Produced and mixed by Daniel Vincent, except track 4 mixed by Mark J Strange.