You Will Know When The Time Is Right 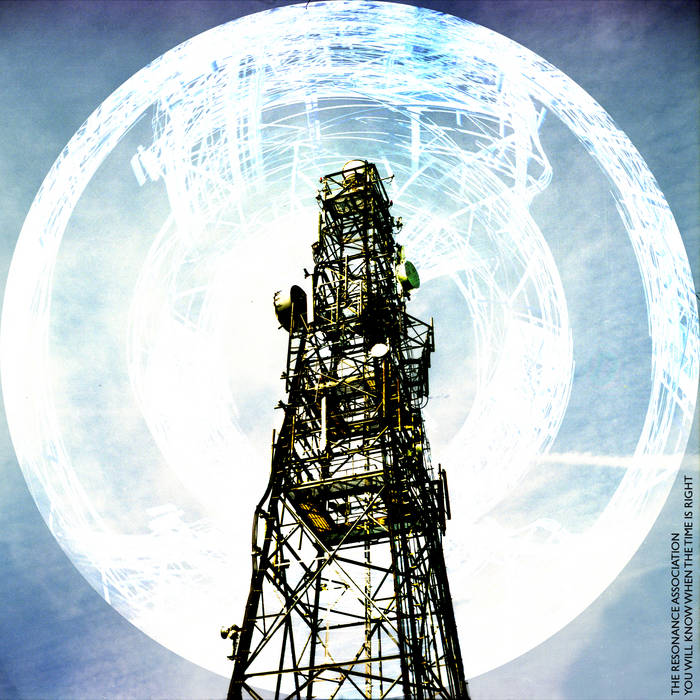 REACHING THE SINGULARITY OF ZERO LISTENERS IS A GOOD OPPORTUNITY FOR REINVENTION
THE RESONANCE ASSOCIATION have ploughed their own furrow since playing their first show – featuring an extended shortwave radio and guitar drone – in a South London boozer in 2006. Anti-commercial and proudly contrary, the duo of Daniel Vincent and Dominic Hemy has been baffling and delighting listeners in equal measure for 15 years.

Free music? Did that, 2008. Release on vinyl? Also, 2008, lost their shirts on that one. Album released on T-shirt? Did it to take the piss out of Marillion, no-one understood. Prog’s a funny old game.

Most recently in 2016 the band released THE DISTANCE to indifference by all but the most ardent fans. Work started on a follow-up early in 2017 but hit a series of creative roadblocks. The sound of no-one listening became the sound of two people not listening to each other.

After a couple of single releases with little collaborative content, the album was quietly shelved.

“We would check in on each other every few months, see how the recording was going for our respective projects,” recalls Daniel, “and in retrospect we were probably examining [each other’s work] and unpicking where we had collectively gone wrong with TRA”
In early 2020 Daniel made another attempt to compile the album: “for some closure, if nothing else”, he admits, “and either by accident or just out of habit I started adding new parts, removing bits that didn’t work, and sending parts over to Dominic to add to, or play around with”
As lockdown reached full effect in the UK, the duo began to double down on rewriting the album. New arrangements, new songs and a cohesive sound world formed around the initial meanderings. The skeletal work in progress developed muscle and the album’s themes started to chime within the UK’s post-Brexit, post-truth landscape.

The result is a grand statement without pretension, experimentation without folly, music made without compromise.

YOU WILL KNOW WHEN THE TIME IS RIGHT? Maybe you will.

Mixed by Daniel Vincent and mastered by Dominic Hemy at Fort DOMH, 2021